Creating the buzz with our Merchant Biz!

In 10 years of its operations, from being an online payment wallet to instituting itself as India’s leading full-stack fintech platform, MobiKwik has come a long way! Walking towards the vision of building a financially strong and independent Bharat, we are committed to developing products that empower financially, people from all sections of the society. With that thought, in the past decade, we have brought diverse products viz; Insurance, Instant Boost Loan, Mutual Funds and Gold and the likes.

However, the aim to give the payments in India a facelift and providing the users with all sorts of convenience and ease has always been at the heart of MobiKwik! Evidently, the Merchants’ business is and has always been one of the most crucial verticals for this fast growing company.

We call it a merchant transaction when a user pays at a brand through MobiKwik wallet or the ZaakPay Payment Gateway. From offline to online sellers, small stores to mega stores, small brands to the big ones, our merchant list is vast. Be it tiny shops of Chandni Chowk or the big ones in Central Gurgaon, from Vishal Mega Mart to Myntra, our merchant lists comprises of them all.

Celebrating 10 years of this rollercoaster journey, we are diving deep in nostalgia and here’s an exciting story of how our Merchants’ business took shape and became what it is today!

Our merchant acquisition began towards the end of 2013. We took the first step with only a handful of people playing the role of product managers, designers, developers and what not?! By the end of 2013, we onboarded the some big players such as BookMyShow, YepMe and EBay and the like. By 2015, we successfully associated our wallet and payment gateway with major brands such as Zomato, MakeMyTrip, IRCTC, Dominos and more.

This was the era when cashbacks ruled the industry and brand that offered the highest cashback would win the race. The tool to encash the cashbacks was unavailable and our customer support team had to do it manually. Automating the entire process and freeing them from this tedious task was one of the first innovative steps that the team took.

The power is us!

It was now time to integrate our newly updated wallet and give our users the extra power and ease. But with great power comes great effort! We battled Windows XP and archaic computers of the government offices’ to get the integration done.

While some of our superheroes were fighting that battle, the others started working towards the offline merchants a.k.a the kirana stores. We hired the finest brains to crack the offline piece, a team of agents who could speak ‘kirana’, build a QR solution and develop an onboarding app. This is what opened the pandora’s box of the Android ecosystem for us. Tackling Android was like fighting with your very own Thanos! (what were the challenges with android?)

Little did we know that our Prime Minister had another card up his sleeve, one that shook the whole nation through and through, Demonetization!

When Demonetization hit the Nation

While on 8th november 2016, 9 pm, the whole nation sat in shock, glued to their TV sets , we saw the fate of digital payments changing overnight. Within a week we witnessed a boom in the number of people relying on our platform for their everyday payments.

By putting in extra efforts and working overtime, we saw the business scaling up to such unprecedented heights that we successfully opened up new offices in more parts of the country such as Mumbai, Kolkata, Bangalore, Pune and Jaipur so as to serve more and more people. Expanding our presence and penetrating in all sorts of market, we tied up with Gas agencies, petrol pumps, NHAI and many more!

As Reliance Jio brought in easily accessible and affordable internet services for the nation, MobiKwik further paved its way up the success ladder, becoming unstoppable!

By early 2017, MobiKwik had tapped in all the major brands in both online and offline markets. With raining offers and super savings, MobiKwik became a leading payment wallet in India.

At present, MobiKwik has its wallet and payment gateway integrated in brands across all significant industries namely recharges and bill payments, health, travel, entertainment, food and dine outs, shopping and a ton of other unexplored verticals. Adding more to the store, MobiKwik now also offers its users with gift cards of the major brands.

We are grateful to all our merchant partners for a decade of remarkable partnership. Being committed to serving the brands as a reliable payment network and the users as an easy to use payment option, we thrive to become omnipresent by integrating with more and more boss merchants, each passing day! Why the gender labels, the stereotypes, the biases? It’s time to break free. Free from the judgments, the questioning stares, the fodder for gossip. It’s time to claim our identity

END_OF_DOCUMENT_TOKEN_TO_BE_REPLACED Success is always more fulfilling when your team rejoices it with you. A decade of extraordinary commitment, delivery and growth wouldn’t be a reality without our team of aspiring and

END_OF_DOCUMENT_TOKEN_TO_BE_REPLACED 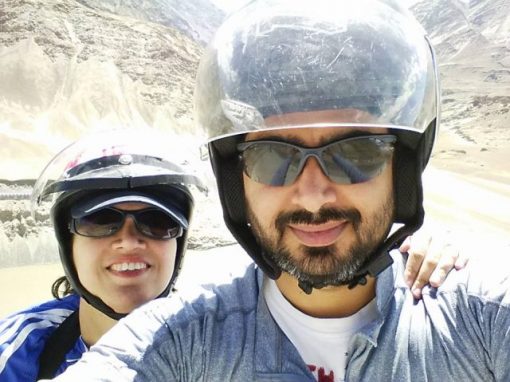 10 Things You Didn’t Know About MobiKwik

August is a special month for Bipin and me. We have many occasions to rejoice – Bipin’s birthday on 5th August, followed by the birthdays of both our creations (or